Two articles surfed recently that brought me back to thinking about the messy issue of gender, and ways in which things are changing, and not changing, in the world around us.

The first was a NYT interview with Audrey MacLean, who is founder of several tech start-ups, and a professor at Stanford.  The second is also a NYT article, this one by Mark Oppenheimer (the longest NYT article I have ever seen!) prompted by the Weiner scandal, examining a number of issues around sex, gender, marriage and relationships.  Those who have followed my blog from the early days (yes, only a couple of months ago but still an eon in tech time!) are aware that I have previously posted on girls and technology, and more recently on Weinergate (thanks to all who commented on both of these posts!).

The Audrey MacLean interview more or less affirms everything else that we read about girls, women and technology, and points out some of the vast gaps that still exist between men and women, boys and girls, where technology is concerned.  I believe, as

MacLean also believes, that this gap is not genetic, and that it can be changed, and that this is a high priority for change if women are to participate in shaping the future.  She says that only about 20% of the women in her classes at Stanford are women, and that the vast majority of those are women from countries other than the U.S (mostly China, India, and Russia). Her opinion is that there are two factors that influence the lack of women in general, and the big scarcity of women from the U.S. entering careers in technology.  One factor is the simple fact that women in the U.S. and most other “developed” countries still remain far behind men in technological skills and know-how. Part of this, she believes, can be turned around if girls, by the 1st and 2nd grades, are already computer literate, and in addition are encouraged to remain engaged beyond just the social media world they tend to be good at.  They need games, MacLean says, that “change the world or save the planet”!  Now isn’t that a fabulous idea?!!!

The Oppenheimer article has a very different focus.  It is actually one of the very best analyses of the serious issues raised by the Weiner scandal, and it helped me to sort out just why the sexual behavior aspect of this scandal turned out to be important, despite the legitimate claims that stuff 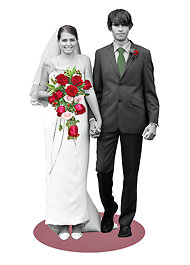 like this should not be anyone’s concern where political acumen is concerned.  Oppenheimer is not coming from a particularly feminist perspective but his detailed analysis essentially affirms the fundamental insight of feminism — the personal is political. This article delves into gay marriage, the Dan Savage “It Gets Better” campaign, marriage in general, cultural mores, among others.  All of the issues he addresses are significant in their own right but taken together, as Oppenheimer has done, also help to understand why Anthony Weiner’s personal behavior struck such a chord of dissonance in our culture.  Oppenheimer opens his detailed analysis with the observation that “In addition to giving us some good laughs, he forced us to ask particularly uncomfortable questions, like ‘what am I capable of doing?’ and ‘what have my neighbors or friends done?'”

I will not go into a summary or commentary on Oppenheimer’s full analysis, but one aspect that pertains to the question I posed in my earlier post (when might we see a female version of this scandal?) particularly caught my attention. Here Oppenheimer points to the possibility of biological differences between men and women.   Based on interviews with      Janis Abrahms Spring (a psychologist and couples’ therapist)
and feminist blogger Sady Doyle, he concludes: “Spring and Doyle both hint at a larger truth about men and women, which is that, generally speaking, they view sex differently. While there are plenty of women who can separate sex from love, can be happily promiscuous or could have a meaningless, one-time fling, there are — let’s face it — more men like that.”

So not everyone will agree with these perspectives of course, but there are a few things that seem pretty obvious to me: we (women) have come a long way, we still have a long way to go, and there are important signs that we are still moving along in the direction of more important and positive change.  As feminist writers have stated over and over for many years — the world needs to change for women AND for men.  Someday we may better understand biology and how that works to sustain any differences, but meanwhile, we know that there is huge potential for women to be stronger politically and personally, to have more skills in important areas of life that are currently not common for us, and to make significant contributions to creating the world we all would like to see for the future.  And there is huge potential for men to be the kind of humans that make the world a kinder and gentler place (in deeds as well as words), to embrace women as full equal partners in life, and to be as generous and giving toward women as they want women to be toward them.