It seems to me that it is no accident that in a season of intense backlash against forces that threaten white male privilege, political smoke screens are focusing on these three groups — LGBTQ people, women, and people of color who are entering the U.S. in larger numbers than ever. Many people I know (me included) are baffled as to why, in the face of the far more pressing issues facing the U.S. and the world today, these issues are taking a front and center 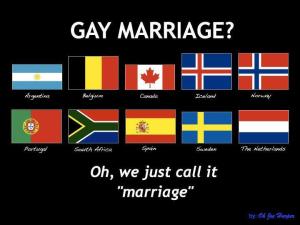 position on the stage. But of course, the reason is exactly in front of us … those who are keeping these issues at the center have no real solutions for the challenges that to me are actually at the center — the 3 Big E’s – Education, Economy, and Equity. And the emotionally-charged issues that focus on those who are viewed as vulnerable, are much more powerful in drawing attention away from the real “Big E” issues

The “turn” toward the fake issues “the G’s” if you will – gays, girls and ille(gals) – is not unexpected, and has been festering for decades. All of the fake issues have one thing in common … they are all symbolically enveloped by images of weakness, softness, mindlessness — easy targets for defeat, and in the process easy distractions from the real issues. But these fake issues are also, in fact, fundamentally related to the Big “E” issues. So the challenge really is that we have to call forth our finest abilities to do more than one thing at a time! First of all it is important to recognize the complex inter-connections between women’s issues, the economy, immigration, equity, LGBTQ issue and education. There are of course more issues at stake, but I use these to represent the contrasts between those that are distractions and the those that are more fundamental. If we mobilize on any one of the issues, we are, in fact, mobilizing on all of them if we recognize the connections. The connections are not going to be made in the media, nor in the dominant political discourse of campaigns. The rest of us can make these connections, and our actions are vital in the process of the unfolding situations in which we live and work.

Leslie Nicol posted a very important piece on the Nursing Editor’s blog about an author’s recent repudiation of an article he published in 2001 reporting on his study in which he interviewed people who had undergone reparative therapy. (see An Interesting Situation: Repudiation or Retraction?.) The issue at stake in the published article – gay rights and the harm of reparative therapy – is a vitally important issue. To summarize, the 2001 published research findings of the author were used by anti-gay groups to justify their defense of the use of reparative therapy to “cure” homosexuality. Recently, because of the mis-use of his work, the original author repudiated his original publication, but the editor of the journal in which it was published has not retracted the article, which in effect keeps the article in circulation to be quoted in any context and used for any purpose.

The things that drew my attention, and prompted my thoughts here, is how this illustrates the use of an issue to draw attention to a seemingly isolated issue, and the responsibility of an “actor” (in this case a journal editor) who is called upon to take a position that influences not only the scientific community, but a much larger social network that can and does appropriate information to serve its own purpose. If we look at the larger context/picture of the situation, it is possible to recognize the connections. Women, LGBTQ people, people of color are called upon at every turn to deny who we are, to change, to adapt, to “assimilate,” to become less than “other” in relation to the dominant and prevailing norms. If we recognize this connection, it is possible to form a meaningful response/action that not only addresses the issue of, in this case LGBTQ rights, and also to address the larger issue of social forces that undermine social equity, education based on social justice values, and economic priorities that protect human rights.

So here’s to the gays, the girls, and the illegals! May we prevail in keeping our issues front and center, and in the process also address the fundamental issues of education, economics, and equity!