I admit it .. I am quite a fan of the Affordable Care Act (ACA).  Like a host of others I would prefer, of course, a single payer plan.  But this law is a great start. If it serves to give our nation evidence that medical care costs can be contained, and even lowered, with an approach that focuses more on health promotion, disease prevention, and efficiency plus effectiveness .. then it promises to go a long way toward dispelling many myths that opponents still tout.

There are several things about the law that give me hope.  One is that it is a start toward making prevention a priority, which includes many of the kinds of services that we as nurses bring to the table in large doses!  We know how to educate people and families, and how to tune in to what concerns or worries a family about what is going on with their health, and guiding them in ways that address their concerns and find solutions that work best. Of course other providers can do these kinds of things but the fact is that given the structure of our current disease-treatment-oriented system, the kinds of concerns have been shuffled aside and not given much oxygen.  Now, there is an opportunity for people to begin to experience the difference that good prevention and health promotion can make in their lives.  There are those who decry the expense that  arise from some of the new benefits.  To those I say — wake up!  One of the reasons our country has run-away costs associated with our s0-called “health care system” is that it is a non-system that ignores the benefits of prevention and health promotion, and at the same time gives our economy an avalanche of waste.  So to oppose the ACA is to support continued high cost, poor health for our nation (especially the most vulnerable among us), and blatant inequity and disparity in the health of American citizens.

Of course the first priority at this very moment is to make sure that Obama and other ACA supporters can prevail for the next 4 years at least.  But just as important, everyone needs to be informed about this bill, what it does, and also, of course, how it needs to be improved.  Here are few hints for starters: 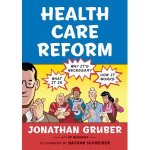 1) Get a copy of the book “Health Care Reform” by Jonathan Gruber.  It is in comic-book format, easy to read and very informative about the basic elements of the ACA.  Gruber is one of the architects of the Massachusetts plan, and in turn the Affordable Care Act.  If you do not explore anything else, get this very affordable book, and then pass it along to someone else!

3) If you have medical insurance, find out more about how the ACA effects your own coverage, and start taking advantage of some of the benefits that you now probably can receive that you might not have received before.  Women in particular need to be informed – and take action.  Many of the prevention and disease detection benefits that are now covered by the ACA have not been available to us until now.

Share your thoughts and ideas here.  I would love to know about suggestion for how we can all make this bill work for ourselves, our families and friends.  And let us know your ideas about what needs to be improved to make this bill even better!